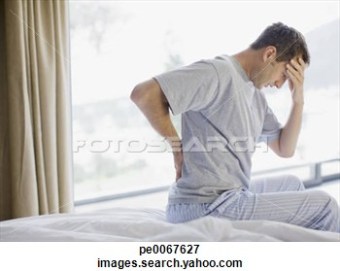 Robert awoke to his cell phone vibrating itself across the nightstand. The incessant rumble of it had wormed itself into his dream. He was going to have to remember to turn the thing off so he could get a decent night’s sleep! But of course he couldn’t do that, not right now with so much going on. “Hello?

“Did I wake you up?” Sarah sounded way more alert and awake than she should at this time of the morning. “Why aren’t you on your way to the hospital?”

“Yes, you did- Why what? What time is it anyway?” He mumbled as he flipped onto his back and scrubbed his face with his hand. His eyes tried to focus on the alarm clock, it was midnight.

“Does that mean you found Peanut? And have I told you that you have a really sexy sleepy voice?” They both knew she had, several times especially recently since she’d just started being a part of his secret life.

“No I haven’t and yes you have, I’m just too sleepy to accept the compliment and I’m ignoring you.” Robert yawned and sat up with his legs over the side of the bed. Sarah pretended to be offended but then chuckled when he pointedly asked if she had a job to go to in the morning.